JPY: inflation is still a problem 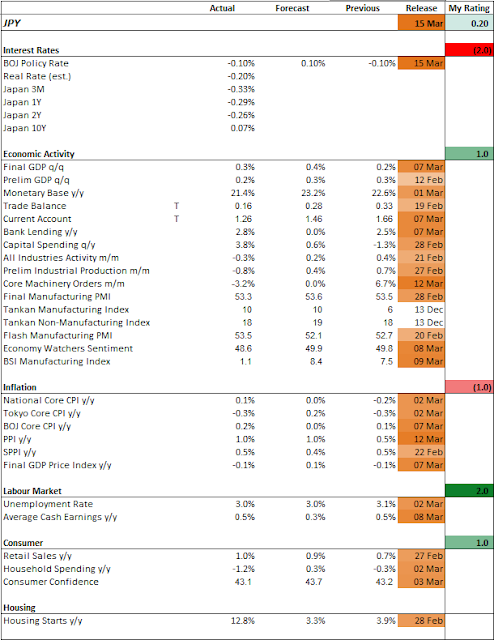 Economic Activity
The Japanese GDP growth rate is the slowest in the developed world. 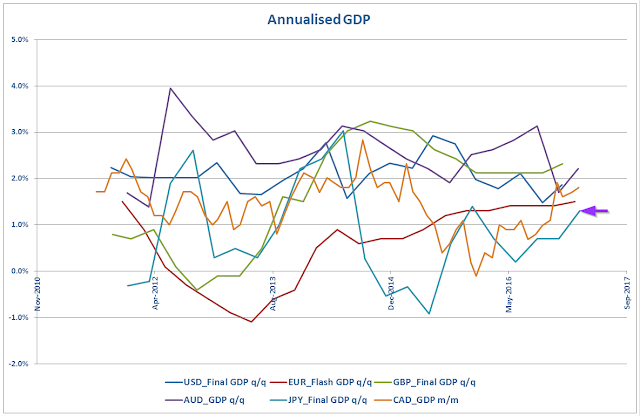 The manufacturing PMI is at the highest level since 2014.

Inflation
Inflation is still struggling to break out from deflationary area. 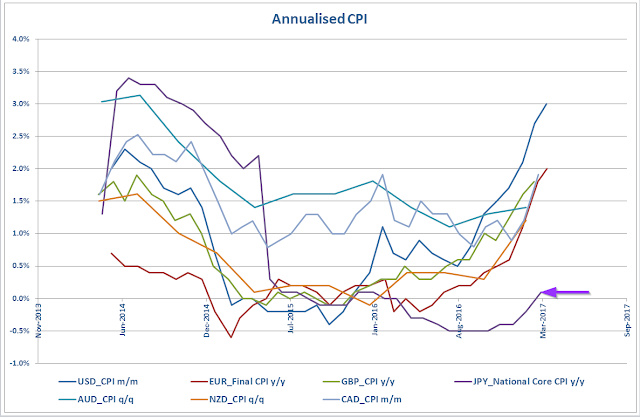 Labor Market
Unemployment is way bellow the pre-crisis level, the economy is at full employment.