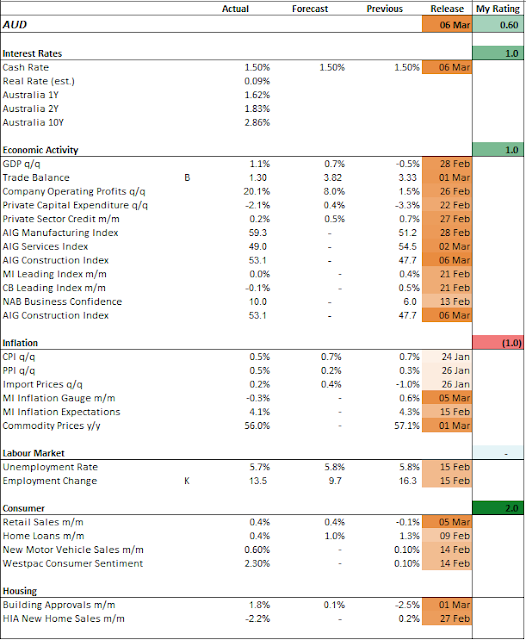 Central Bank and rates
RBA expects the return to reasonable GDP growth in Australia expected in q4 2017. RBA says CPI expecting to pick up over 2017 to be above 2pc, but it expected to remain low for some time. 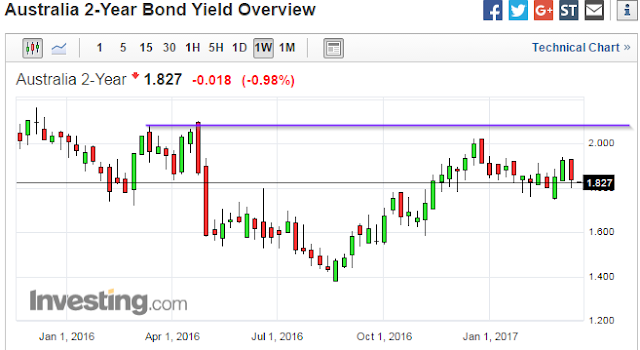 Economic Activity
Australian GDP growth rate has been one of the highest in the developed word. 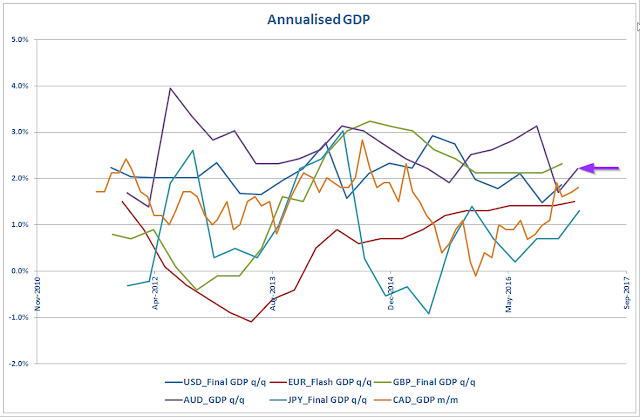 Although, private capital expenditure q/q is still in the negative territory.

Inflation
Annualized inflation is around 1.50% and doesn't exhibit upticks what we see elsewhere. 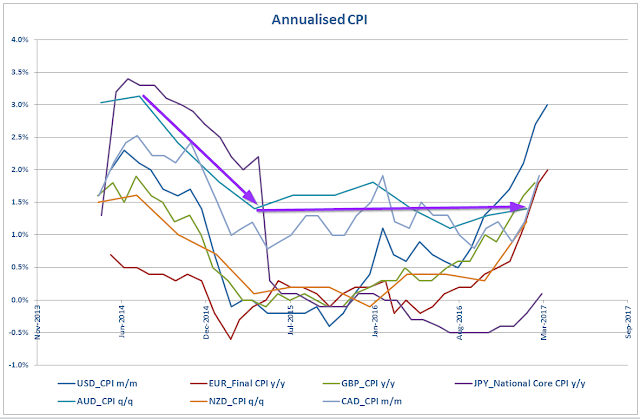 Labor Market
Unemployment is way above the pre-crisis level and was increasing int the last few readings.

Consumer
Retail sales trend is one of the strongest in the developed word. 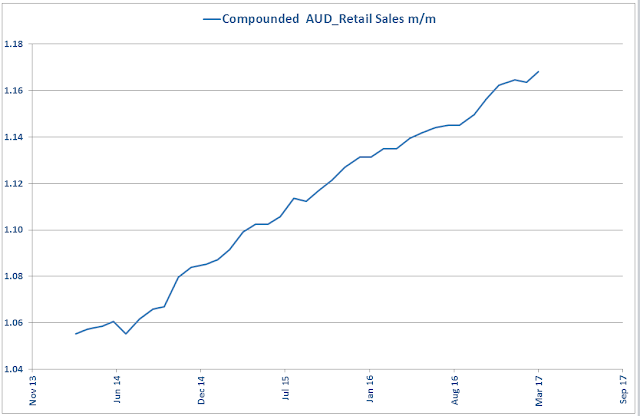