CAD: still some signs of weakness

"In contrast to the United States, Canada’s economy continues to operate with material excess capacity."

"Bank of Canada Governor Stephen Poloz says another interest rate cut remains in play as the country’s economy braces to take a “material” hit from a much more protectionist United States under Donald Trump." 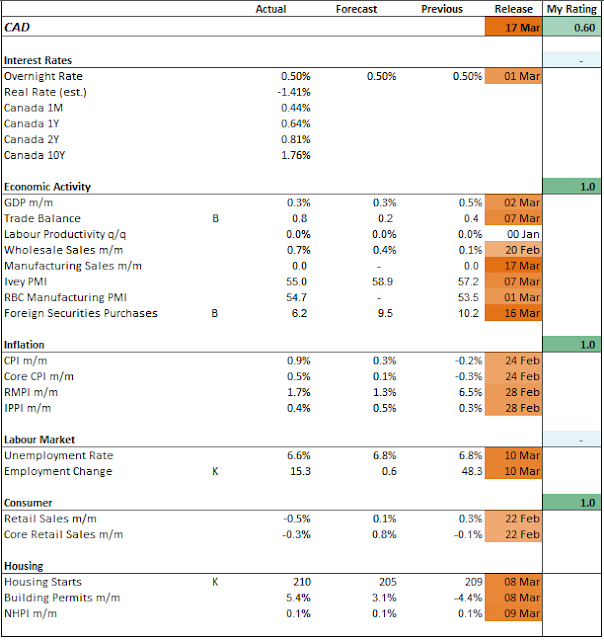 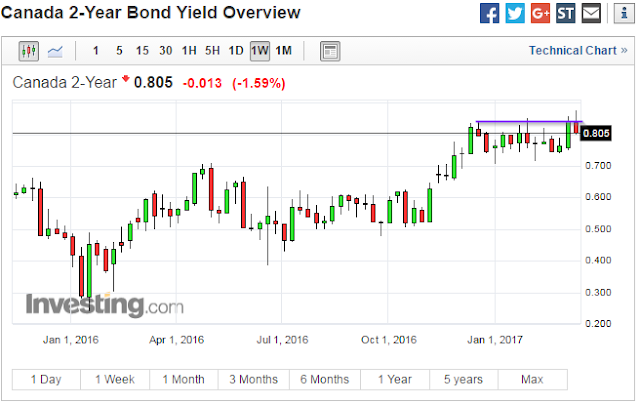 Economic Activity
GDP was catching up recently due to recovery of oil prices. 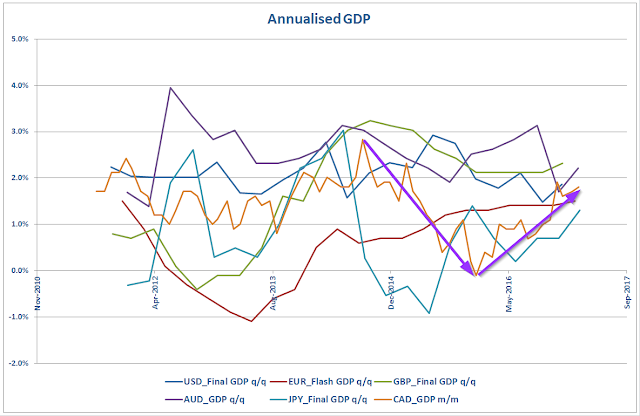 The last few readings of Ivey PMI showed some weakness.

Inflation
Inflation is increasing but still lagging the US figure. 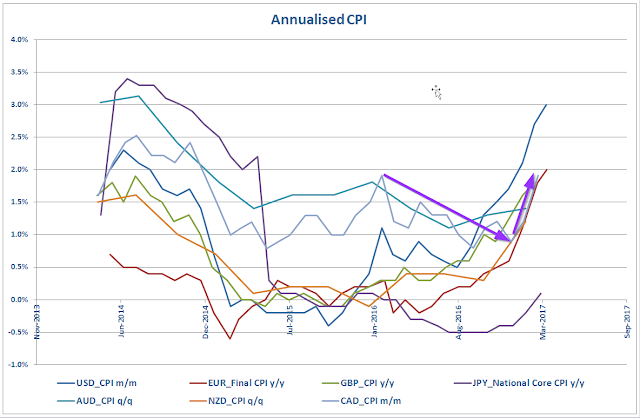 Labor Market
Unemployment rate is between 6.5% and 7.0%  for some two years now. It is well above the pre-crisis level.

Consumer
Retail sales are trending up. 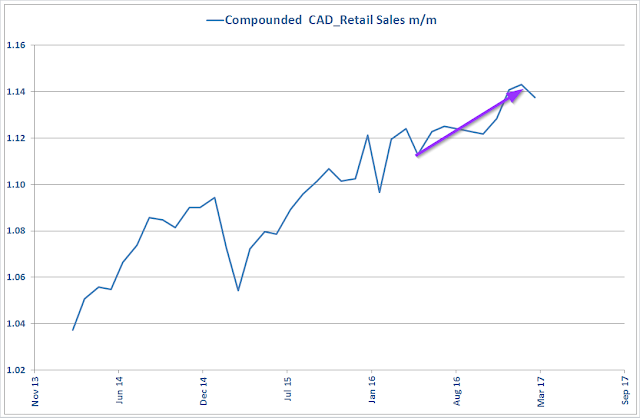