I've been away from trading for two weeks, so now it is the difficult exercise to sync with the markets.

The big picture
- equities made two weakly pinbars, except for DAX that managed to break out (due to EUR weakness)
- US Yields are marching higher, the 10y was above 3%, whereas the German-US 2Y spread are bellow -3%.
- Commodities are about to break out led by OIL
- USD had three consecutive strong weeks in a row
I don't even try to read all the news behind the charts moves.

Equities
SP500 after a failed breakdown and a very strong 4h bullbar managed to produce a sort of higher high, though the more decisive resistance is at 2685. Same pattern applies to NQ, though it is already at the more important level. This happened with the USD gains. So buying pullbacks are more attractive than selling breakouts.

In case of DAX the daily chart is more informative. It looks as if it is breaking out from a longer term channel, but the EUR weakness makes it more difficult to asses. This time is more true than ever that it must be traded with a close eye on EUR/USD

Bonds
The charts speak for themselves. 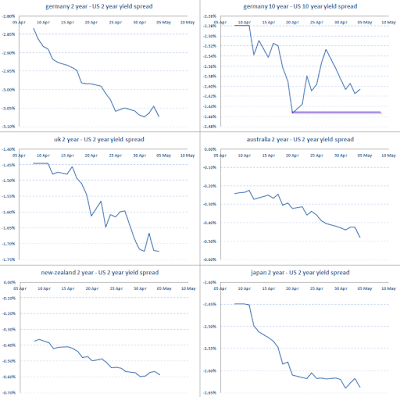 Commodities
Commodities after retesting the breakout are making higher high. This is impressive a stronger USD environment. This is clearly driven by energy as 57% of DBC is in that sector. 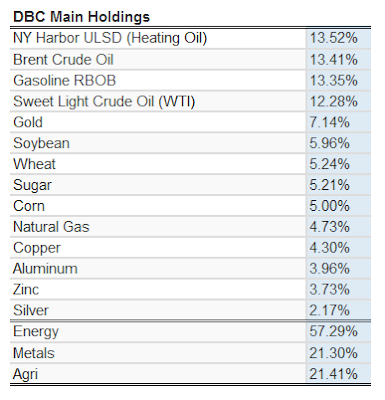 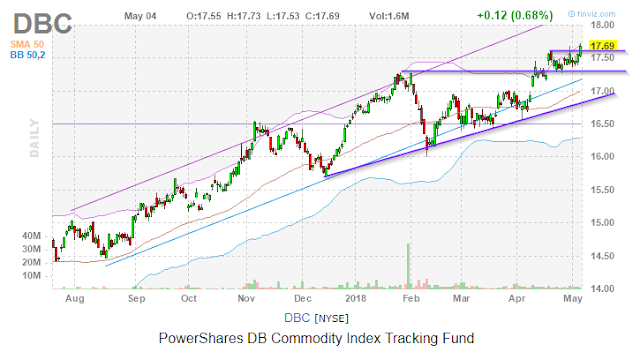 Gold
Gold bounced back from a major support and finished the week with a not so strong pinbar. A USD correction could fuel more strong bounce back at least to 1320.

FX
DX rallied in the last two weeks against all major currencies.